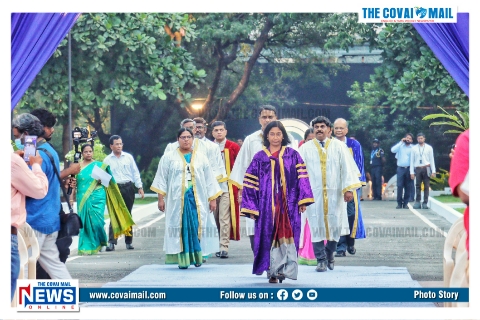 Kumaraguru College of Liberal Arts and Science conducted the graduation ceremony for its first batch of students on Monday. Dr. B. K. Krishnaraj Vanavarayar, Chairman, Kumaraguru Institutions, presided over the event declaring the Graduation open. 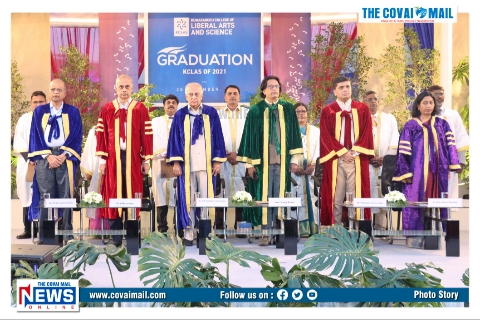 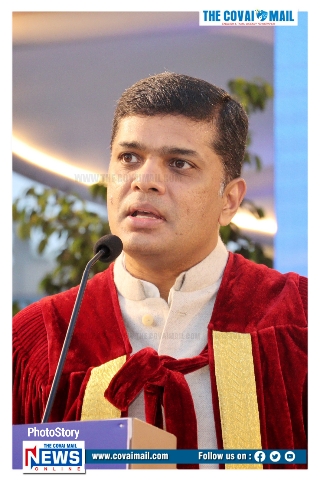 Welcoming the gathering, Shankar Vanavarayar highlighted the importance of liberal Arts and its existing scope in the contemporary demand of competitiveness. Graduation is an internal part of celebrating educational accomplishments and is pivotal for both the student and the institution exhibiting their betterment over the years. “First graduation is the foundation. It is the significant point in history where you’ll be the first gems of this institution,” he added. 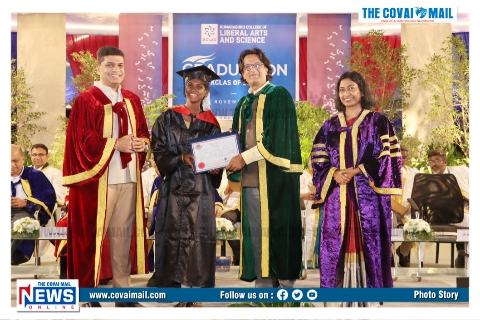 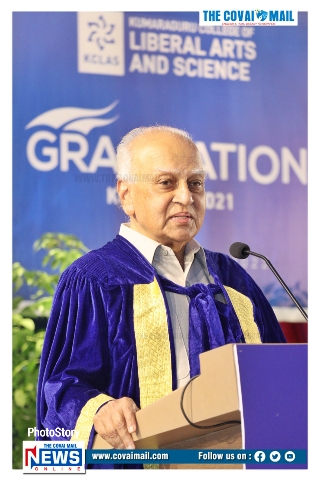 While presenting the presidential address, Dr. B. K. Krishnaraj Vanavarayar emphasized the need to be self-accomplished by pursuing excellence and establishing oneself in the highly structured world of change and growth. Accentuating the objectives of liberal arts, he added that it enhanced the learning domain with more practical experience than the classic classroom methods.

“Every decision you make in life is one examination. There will be no one to correct, but the outcome will certify your progress…If you are willing to work the hard sky is the limit,” he added. He indicated the economic and technological growth of the country in the last decade, facilitating more opportunities for individuals to establish themselves in diversified domains. 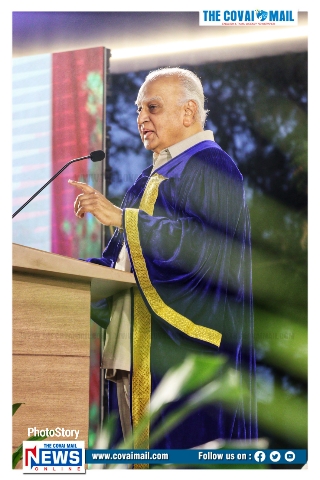 The very first letter, A stands for being Authentic. In the present era of punding over social media, indulging in peering through others’ activities and replicating identities are predominately increasing. Self-analysis is mandatory to become authentic and carry a distinctive identity. 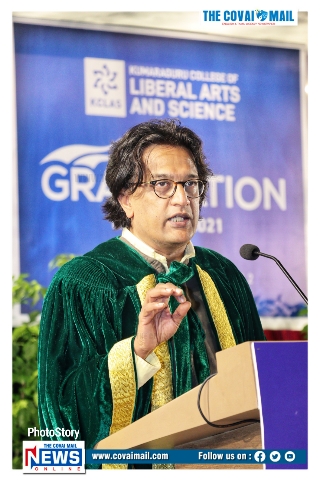 Next comes the construction of a Brave character. With the emergence of every new generation, this trait seems to dissolve, but most assume the contrary. The concept of change is next in line with the world adapting to evolution. Sticking to one particular thing might not yield the best, but being flexible to changes to learn the best through it is productive.

He continued the explanation, stating the D stands for the concept of Diverse. To be a part of the global code every individual must accept diversity. Followed by the letter E indicates developing Emotional intelligence. Having an emotional balance is a must for which rational thinking simultaneously is a requirement.

The letter F stands for the thought of food. Every individual must take the responsibility to question whether the farmers receive a sustainable benefit. The final letter G signified the concept of Gender Equality. Treating counterparts with due respect and dignity is the conduct of humanity. Its inheritance comes from family and other external elements. It is the responsibility of every parent to teach their kids equality which decodes their character in the future. 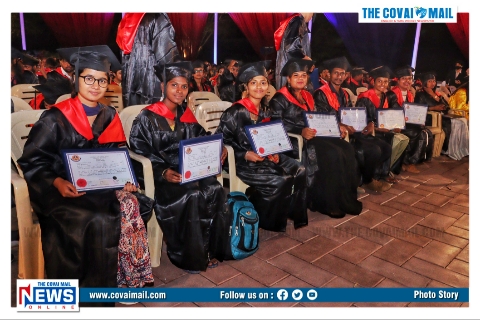 Dr.N.G.P. Institute of Technology in Association with The Institution of Engineer (India), Coimbatore local centre, organized a one-day seminar on “High-Performance Concrete for Sustainable Development” […]