She added that 19000 rice grains were used for the map. Wherein 2340 grains marking the national flag logo were panned ‘Jai Hind’ on it. She had worked on the art for about 3 days. She mentioned the use of acrylic colours for the painting and a gel pen to write down the words on the grains. 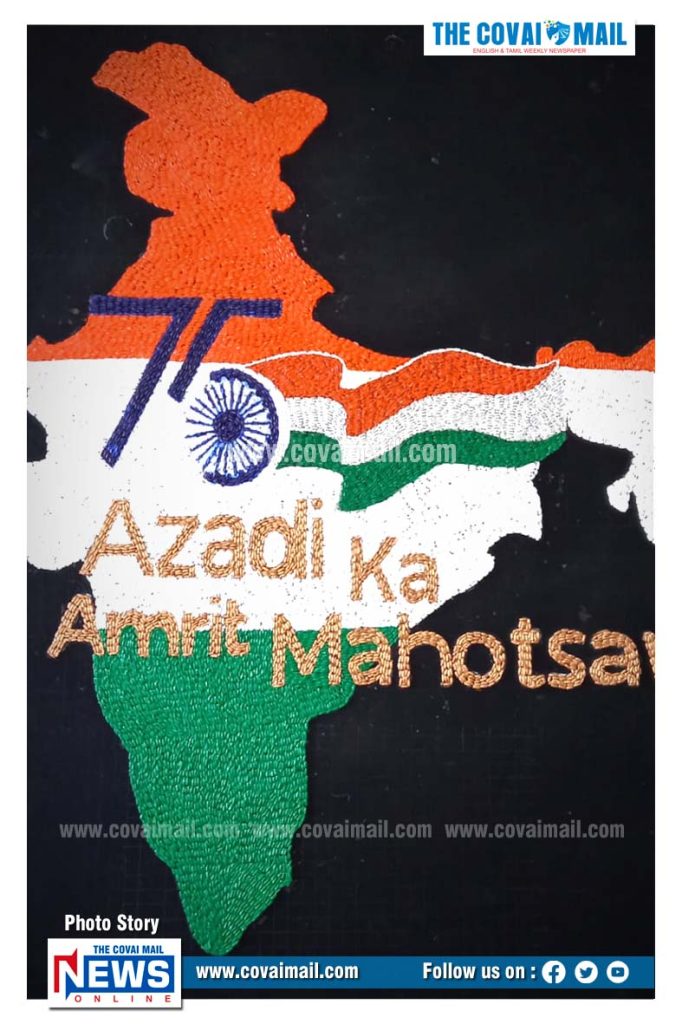 She said, “I have done rice drawing of Mahatma Gandhi for the 67th Independence Day with 7500 grains and put down the words ‘I love India'”.

Mentioned that her arts have been recognized on national platforms securing awards and creating historic records.

Earlier, during the commencement of the 44th International Chess Olympiad at Chennai, she created a rice grain art of the mascot ‘Thambi’ back dropped with a chess board with 11,000 rice grains. Each grain on the Dhoti and shirt was penned with ’44th CHESS OLYMPIAD CHENNAI’ on it. She took about 20 hours to work on the art of 23*18 inches. 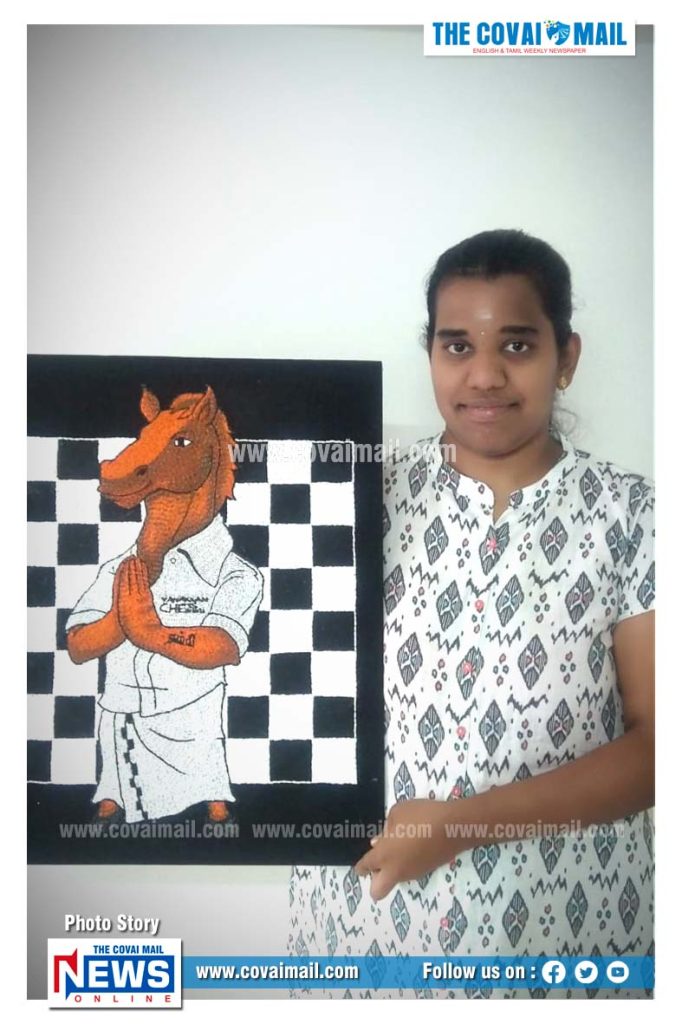 She stated that her father inspired her in taking this art, wherein he created a rice grain art of the Thiruvalluvar emblem during the ‘World Classical Tamil Conference’ penned with 1330 couplets of Thiruvalluvar on the rice grains. 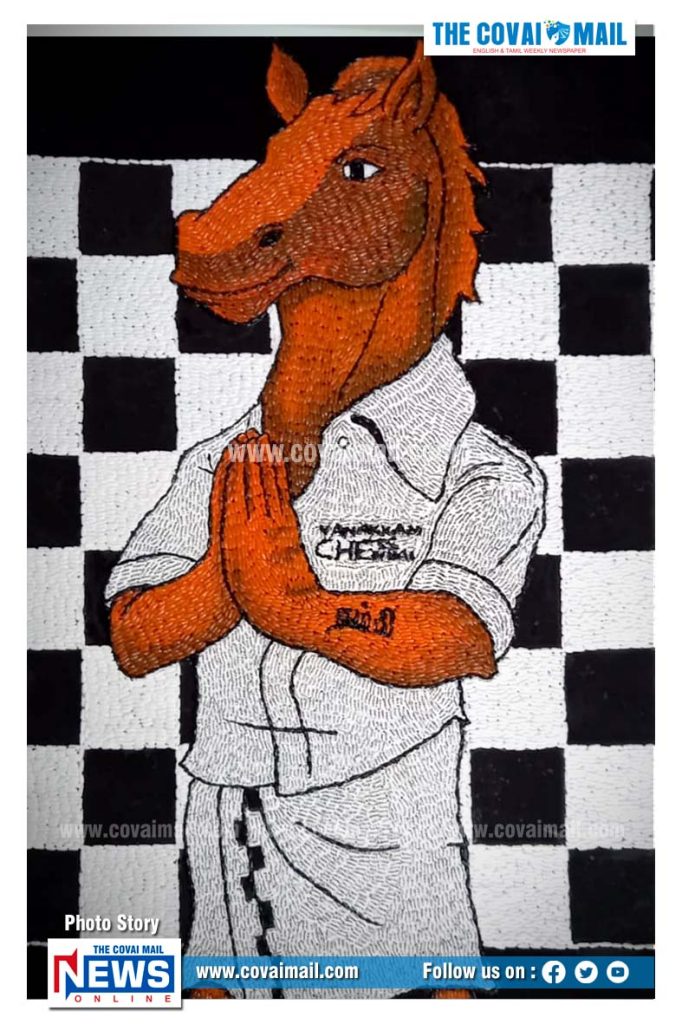 In 2016 the Tamil Nadu State government awarded her the “Kalai Ilamani award”. In 2017, the Department of Art and Culture rewarded her with the “Next Generation Award”, in Chennai.

Art on one hand and the aim of becoming an IAS officer on the other hand. Her preparation to appear for the UPSC exams is lit up simultaneously.

Recently, PSG Superspeciality Hospital successfully performed 15 Robotic surgeries since June 30. Accordingly, it is the first of its kind in the latest version of […]