“It is very important that you set goals that are not local but world class… Nobody wants to be cheap; we want to be Expensive, earn and improve our standard of living; that’s one of the aspirations of life, nothing wrong in that”

“If you really want to do it, your aspirations and standards have to be on very high level,” expressed Jairam Varadaraj, MD, ELGi Equipments, to the newly graduated young minds of Sasi Creative Colleges, on Saturday.

Jairam was the Chief Guest of the Graduation Ceremony, and he spoke a lot about the Power of High Aspirations, and inspired the graduands.

He shared that the aspiration to achieve big and excel in career and life should not just be present in a person but it should also be there in the ecosystem where he/she works. Jairam wanted all of them to aspire to become world class so that their opportunity is Global, and not tied down to where they are.

He said when a person aspires big, many will say ‘You may fail!, You need big resources, You can’t do that!’ To give a clear idea of what the power of High aspiration could do, he recalled the way India won the Independence in 1947. While the British had the Army, Administration and the Police in their pocket, Indians fighting for Freedom had just an Aspiration, and India won the Independence with nothing but that High Aspiration. 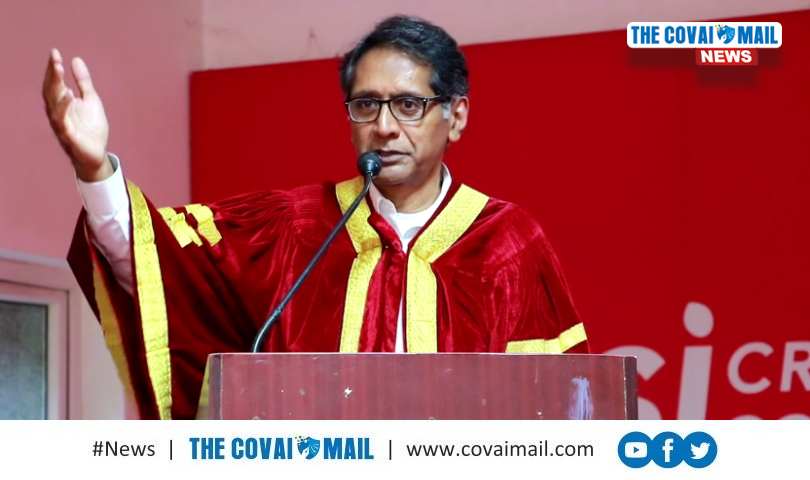 While setting high goals is important, Jairam emphasized that High Aspirations need the will to execute, take risks, embrace failures when they come, learn from those failures and not repeat them.

He said that in 1992 when ELGi began its journey with great aspiration, it was not in the top 100. It made tons of failures, some of them were so grave that it even came close to down the company’s shutters for good.

Jairam said they learned from failures, kept improving and now they are in the 6th place in the world, and they are still aspiring to be more than that. He wished the graduates to never be afraid of failures, and take a leap of faith, with aspiration and the will to execute it.