There are hundreds of educational institutions run by religious charitable trusts in India, which opens doors to all and provide equal education and treatment.

For years now, these institutions have used their faith’s verses, at least one, in their common morning prayers in the schools and colleges. This has not been seen as a matter to be protested by either students or parents but they accepted it just like how India accepts diverse cultures and religions.

But actions of certain fringe groups in the country today makes one doubt whether the tolerance of the old India is waning with every passing year, especially in educational institutions.

Once lived a man who had a staunch faith in Hinduism, and followed it with utmost piety. He was a devotee of Lord Ganesha, and cannot be seen without the sacred ash on his forehead.

He worked at the Muslim Higher Secondary School, in Triplicane as its Headmaster for 30 years. After +2 was announced in the State, there were extended classes for the students, and some of them who had to attend mosque were unable to do so due to the additional classes.

So the school decided to build a mosque within the premises. This project was put into action by this Headmaster, who would go to Pycrofts Road in Triplicane ( where most shops were run by Muslims), after the classes are over, and would ask for Donations to construct a mosque.

When one of his daughters saw this, she asked him “Father, how come you visit a temple in the morning, pray to Lord Ganesha and at the evening go to people, and ask donations to build a mosque?”, to which he replied, “It was Lord Ganesha who has wanted me to do this”.

Years after this incident happened, the man retired and had touched 80 years of age. The family decided to hold Sudha Abhishekam for him. The daughter of this headmaster shared in a gathering that, it was not her or her family members who brought her father to the dais where the ceremony was being held but two of his colleagues who were Muslims. They held his hands and took him to the stage.

Years have passed, and the headmaster is no more, and his name could not be found easily but his daughter lives on to share this wonderful incident. His daughter is Bharathi Baskar, the famous Public orator.

The school has students coming from all religious background and celebrates all festivals like Ramzan and Deepavali but the fringe group targeted the institution for celebrating Christmas. 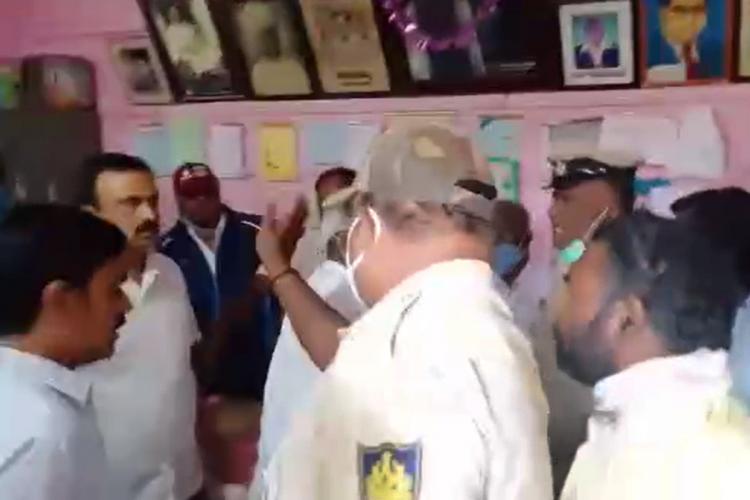 Recently, another Hindu Right Wing group created commotion over Muslim students offering Namaz inside the school premises. The students offered prayers within the four walls of the institution, after getting due permission from the Headmistress, and even though no student or parent from other religions have filed complaints, the fringe group created a ruckus.

The Old India, it seems, was very much compassionate and tolerant. What about the new one?