The efforts of a youth from Tiruppur to serve the Indian Air Force has come to fruition, as he is now en route to become a fighter aircraft pilot with IAF.

The 22 year old  Pranav Ananth is an alumnus of KPR Institute of Engineering and Technology, and he successfully cleared the Air Force Common Admission Test (AFCAT) recently. He is currently getting trained at the Air Force Academy in Hyderabad, and soon he could even be among the ones who would fly the advanced Rafale Jet.

When most students think that Engineering has few options – either follow the core and be an engineer or step into IT sector, this young man has taken the road less travelled and shown what great opportunities lie ahead for engineers in the world today.

A die-hard fan of Indian Air Force since his childhood, Pranav expressed his wish to join IAF to his parents who run a private school in Tirupur. Since his 10th grade, the boy set up his own time-table, and started  the preparation.

“Since he was a kid, whenever a flight soars the sky, He would often feel that he is the one who is commandeering the vehicle. He would often say that he should serve the country by becoming an IAF pilot. I was inches away from becoming an IAF cadet myself but due to a personal tragedy, I couldn’t. But it was a proud moment for me to see that my son naturally had this dream to serve this country,” shares Ananth, who is Pranav’s Father. 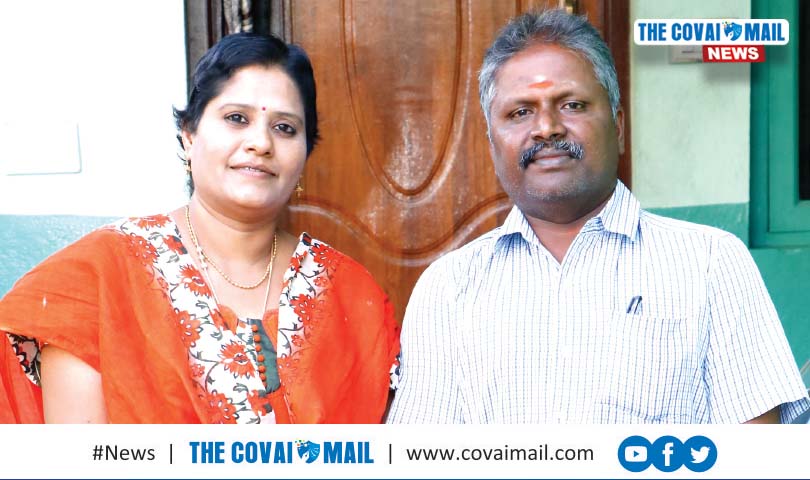 “When he told us about his life’s destiny, we trusted him with all our heart, and gave him the freedom to go ahead, face the challenges,” shares Mrs.Vennila, Pranav’s mother. “He would dedicate his time totally towards studies, fitness, and his ambition. He would surround himself with books about Air Force Pilots, and read about them, get inspired by them,” she adds.

Pranav’s parents shared that it was him who picked Mechanical Engineering as his collegiate program because he was clear that if he somehow fails to become IAF’s pilot, he could then enter IAF as an aircraft mechanic or become an allied personnel serving the force. He was hell bent to step inside Air Force.

The parents shared that Pranav would seek to create a network through which he could know more about the opportunities at IAF, and this began during his collegiate years, when he attended an event called BAJA (a national event where Indian Engineering students will be tasked to come up with an off road terrain vehicle that can survive the harsh terrains)

He learned about the entrance tests, trained in every way to meet the qualifications needed for a person to step inside IAF. His day would begin at 3 a.m. every day, and it was completely studies, training, and skill development for him round the clock. His mentor Mr.Esan was pivotal in his journey’s progress.

“He was resilient, and it was his perseverance that bore fruit at the 7th attempt”

Perseverant till the end

“He tried to clear the AFCAT 6 times, and every time he tried, he got close to his destiny. He analyzed where he fell short, how better his efforts and preparations should be. At one point I said to him that he may join some other organization, if he feels as such but Pranav reassured that he will enter IAF, and there are people who entered after trying for the 30th time.”

“He was resilient, and it was his perseverance that bore fruit at the 7th attempt,” Mrs.Vennila added.

“He was working at the Quality Council of India in New Delhi, and when the AFCAT results came, it was an unbelievable moment for our son, and we shed tears of joy, as we know the enormous efforts he has put into this dream. As parents, we are proud to send our son to  get trained and defend this country. He began his training in Air Force Academy in Hyderabad in Jan 15, 2022,” Mr. & Mrs. Ananth said.  “We wish all the parents to be with their children as guides, and trust them.

If parents could provide the freedom to children to study what they are passionate about, and become what they aspire to, children would progress well. We should only ask them to be the best version of themselves,” they underlined. 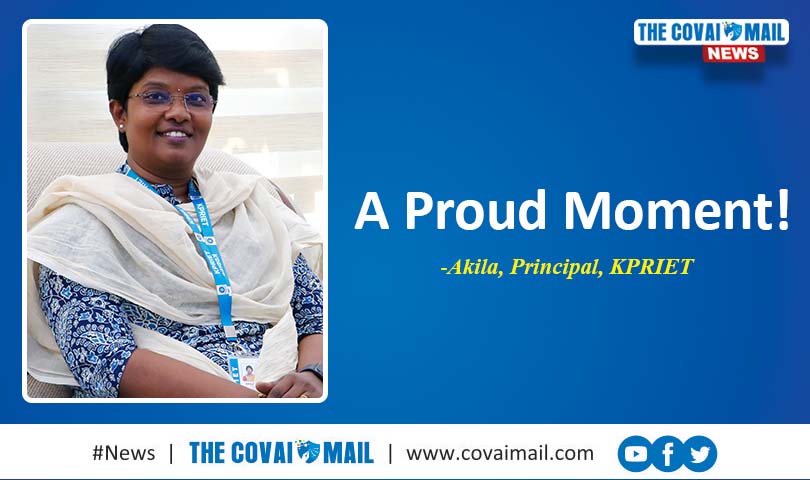 All of us at KPRIET are immensely happy of Pranav’s achievement. This is a proud moment for us. He has worked hard to make his dream of entering IAF come true through smart work and living a disciplined life since his childhood.

He is an alumnus of 2020 batch, and was the recipient of the Best Student of the College 2020 Award. He has made his parents proud, and our institution is overwhelmed to note that he is getting trained at IAF, and shall be serving the nation soon.