It is debatable whether CSK made Yellow super-famous in Tamil Nadu but the cricket team must be given due credits for making it a much-loved colour in recent times. But now there is a new kid (actually decades old) in town making ‘Yellove’ reach the old and new generation, all together. 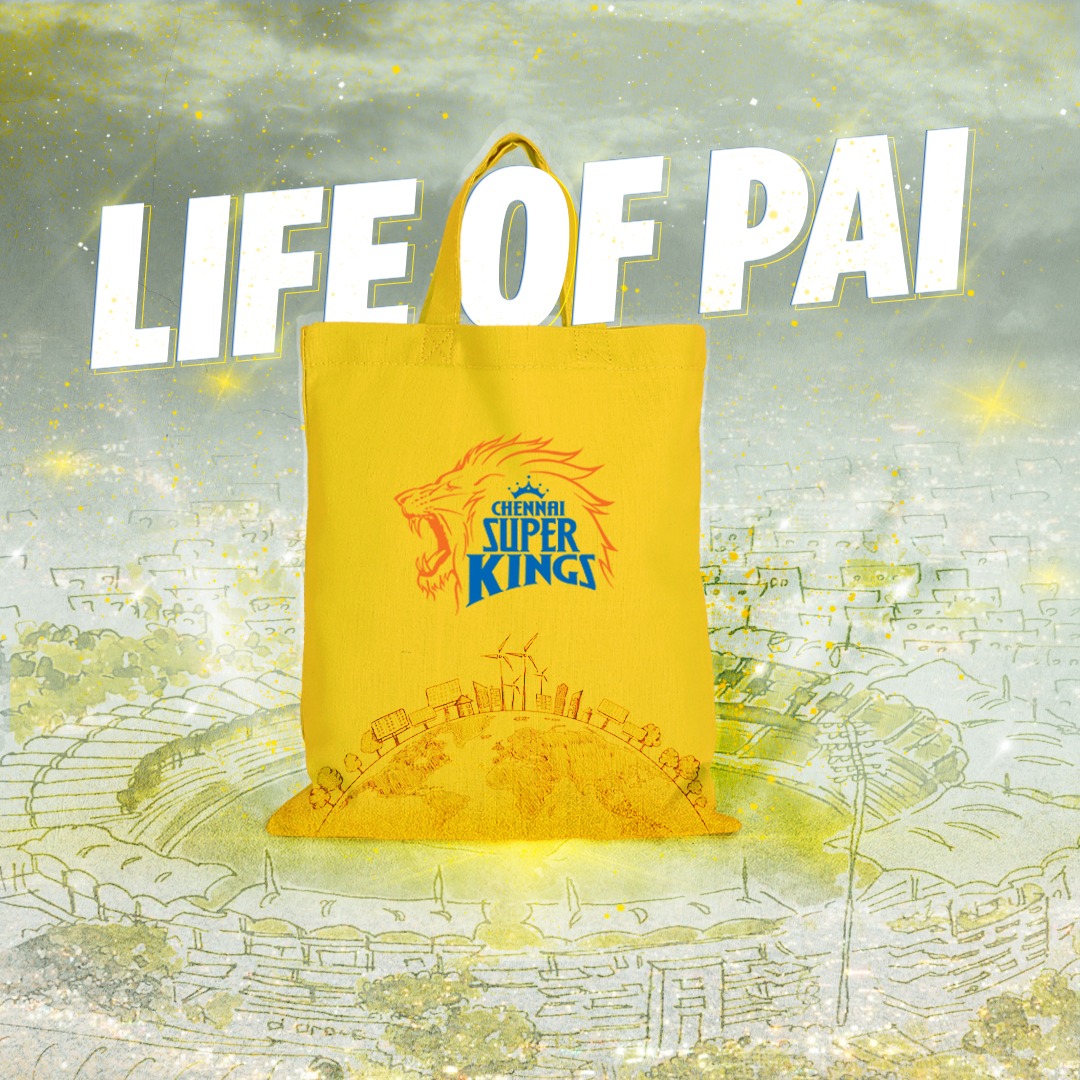 These are evident that the Meendum Manjapai Campaign is slowly gaining momentum in Tamil Nadu, and one woman has to be given credits for that.

Meet Supriya Sahu, one of the people behind this campaign.  She currently serves as the Additional Chief Secretary Environment Climate Change & Forests, Government of Tamil Nadu. Supriya and her team are hell-bent to eliminate single-use plastic items, which were banned but still making their way inside everyone’s home and getting filled in the open ground.

“While the ban has been in place, we did find errant manufacturers and vendors falling back to using polythene covers. In order to put an end to that, the idea of returning to our roots and using that cloth bag was revived,” shared Supriya Sahu to The Better India in an interview recently.

Supriya underlined that Nilgris has been able to ban plastics for decades because the campaign to end plastics there was a people’s campaign.

True to what she says, unless eradicating plastic becomes a people’s movement, it cannot be weeded out. The ‘Meendum Manjapai’ initiative has one beautiful emotion that can act as a catalyst to make this campaign reach a larger number of people, and that is ‘Nostalgia’.

“At the launch of this campaign, we had so many people telling us about their memories of the manjapai (yellow bag). They recalled their grandparents diligently reaching for it every time they stepped out of the house. They would return, fold it and keep it away, and use it again and again. This would continue until that manjapai was tattered and ready to be retired.”

Evoking that classic feel, Manjappai is poised to gain the attention of old and people, and already many have expressed to get one. 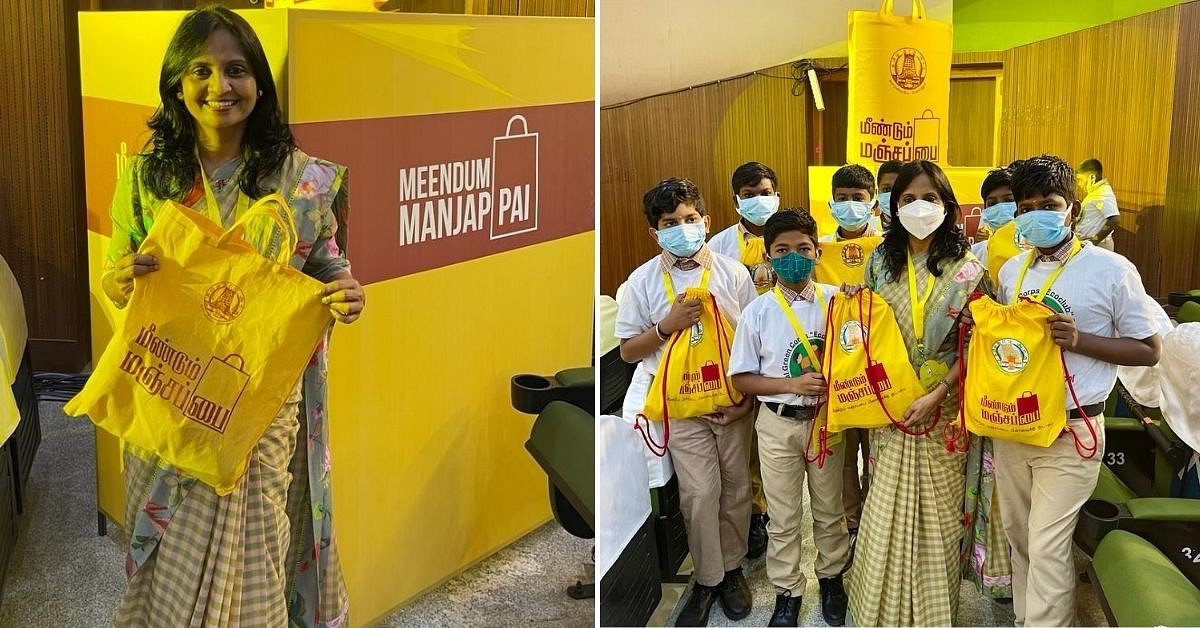 TBI reported that Supriya is also working closely with various school students who are members of Eco Clubs. “We see them as the torchbearers for the future,”… “The responsibility is upon us today. We don’t want to leave behind a polluted planet for future generations, and we should do everything in our power to tackle this issue,” she said. 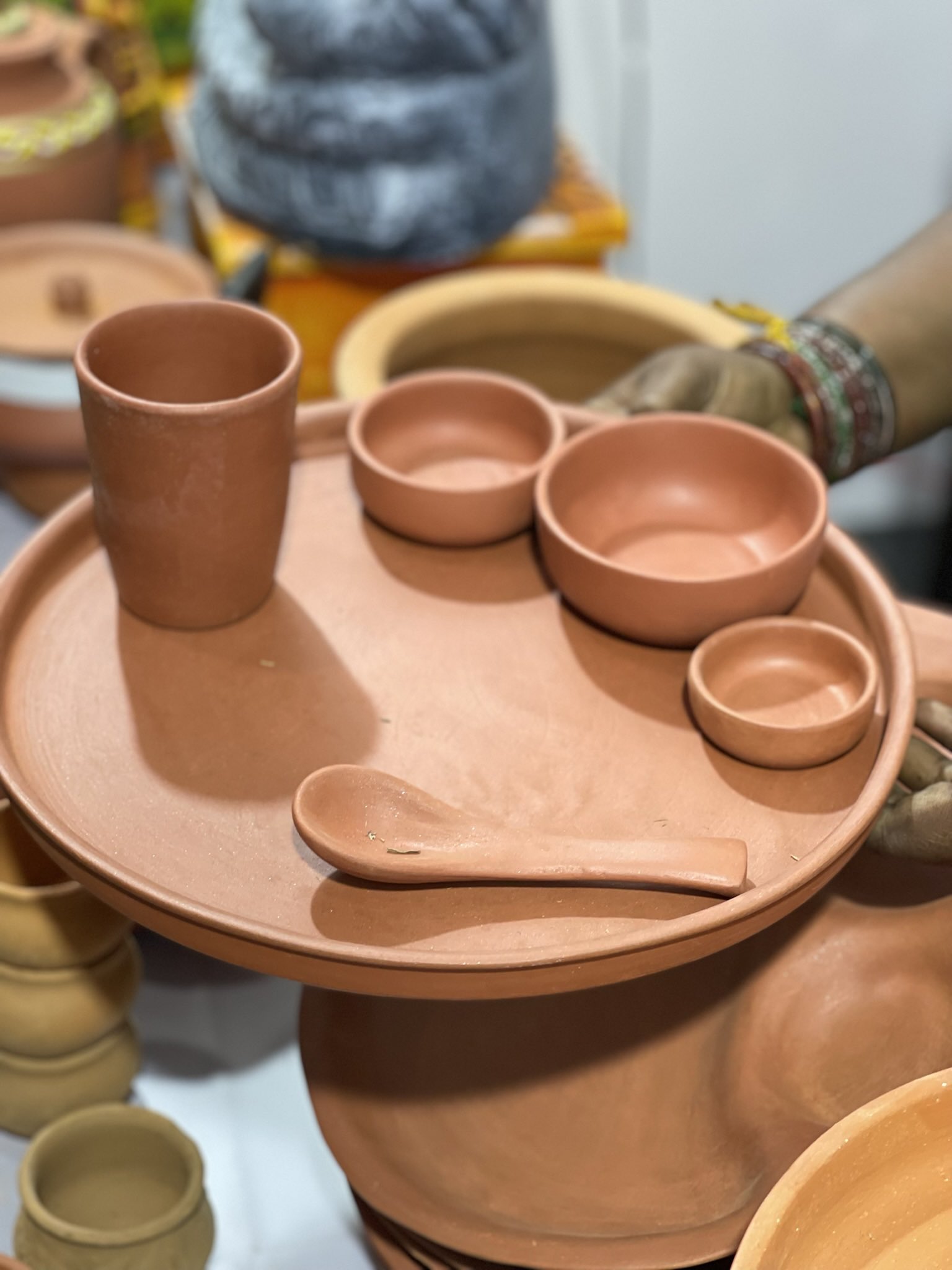 Supriya’s official Twitter ID is @supriyasahuias. She constantly shares about various alternatives to plastic like Food containers made out of rice bran, Areca leaf plates that can be used even in the microwave, and where can they reach manufacturers of such products. 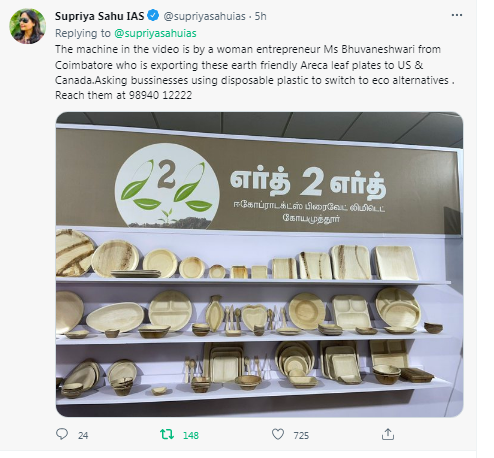 She highlighted a woman-entrepreneur from Coimbatore who exports area leaf plates to USA and Canada in one of her tweets, and also shared about the machine she uses for making the eco-friendly plates on her Twitter.

Her campaign to make Manjappai and Eco-friendly alternatives to plastics deserve our praises & support.