The 39-year-old International Music sensation Beyonce won 4 awards at the 63rd edition of the Grammy Awards, held on March 15.

She won four Grammy awards this year. Adding this to her already existing awards, it tallies to 28. By this feat, she became the most Grammy-winning female artist in history.

While she was one of the superstars shining at the award show, another star shone a light on the ongoing Farmers’ protest (which is slowly fading away from the memory of the public)

Lilly Singh is a Canadian talk-show host, actress and YouTube content creator. Her parents immigrated from Punjab, India. At the Grammy Awards show, she wore a face-mask with the wordings ‘I Stand With Farmers’, which has gained a lot of attention internationally. 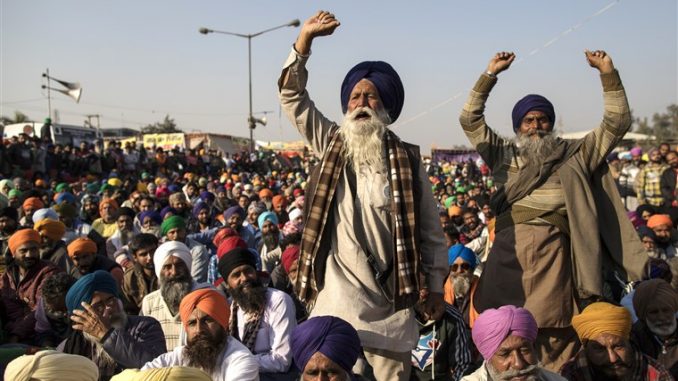 For more than 100 days, the Farmers’ Protest over the 3- farm bills (passed by the Central Government of India with iron-hands) is continuing at the borders of Delhi whether it rains or shines.

Since 4 States in India are going to conduct elections starting from the month of April, the pens and lens of the media have started to fall mostly on these hot happenings in the political arena.

Lilly Singh has been giving voice to the Farmers’ issue with the Indian Government, and her recent act has gained the attention of the major Indian media and social media users globally. 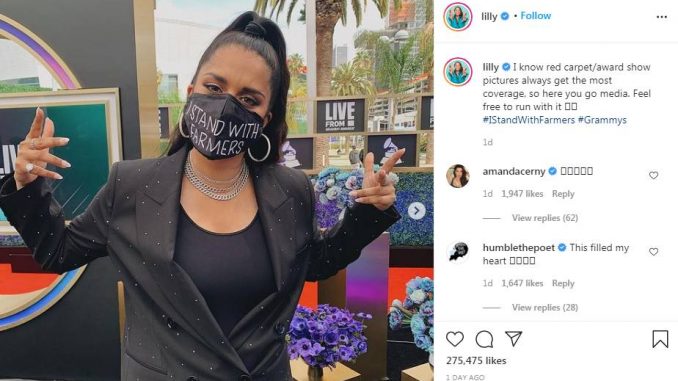 Posting a picture of herself wearing that unique mask at the Grammy’s, she wrote on Instagram “I know red carpet/award show pictures always get the most coverage, so here you go media. Feel free to run with it.”

With her 9.6 million Instagram followers, Lilly had reached more than 2.7 million people through just her Instagram post. Now there are several media houses talking about this. 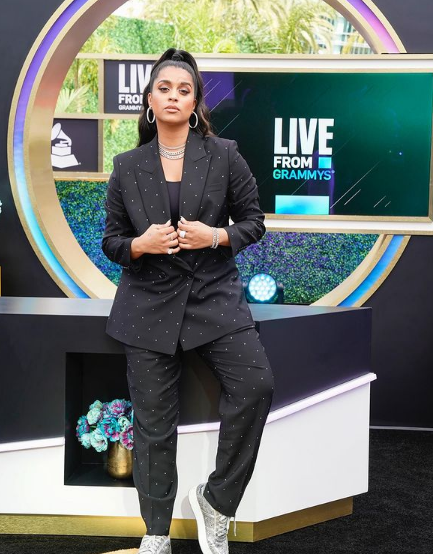 Though it is not a revolution or an act of salvation, it is certainly a small but powerful reminder to those who had forgotten this farmers’ protest.  Pop-Culture fans certainly would tune in for the award shows like Oscars, Grammy, Emmy, Golden Globes, and even the Golden Raspberry Awards (given for the worst cinematic performance awards), and much like what Leonardo DiCaprio did at his first Oscar Victory, Lilly, though a smaller star in the cluster of Red Giants, has taken the moment to shed a beam of light on what many forget these days.