In the recently released Public Affairs Index 2020 by Public Affairs Centre, Tamil Nadu was ranked overall as the 2nd best governed states in the country under ‘Large States Category’.

Kerala was ranked first, followed by Tamil Nadu in second position, Andhra Pradesh in third and Karnataka at the fourth spot. The rankings were based on governance performance based on a composite index in the context of sustainable development.  The States were ranked and published by Pubic Affairs Centre – a not-for-profit research think tank situated in Bengaluru, Karnataka. 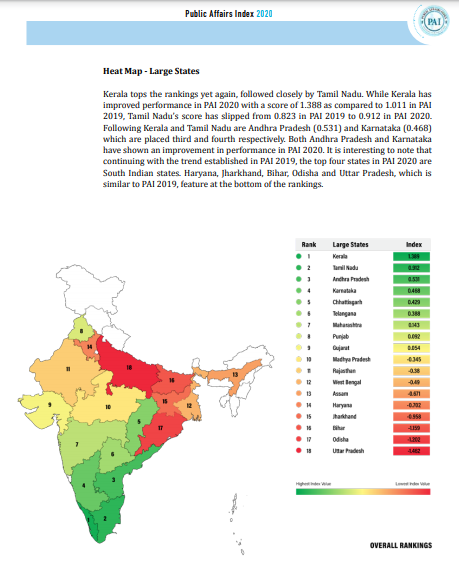 Regarding the ranking, Tamil Nadu’s Chief Minister Edappadi K.Palaniswami said “TN has been rated as one of the best governed states in India. This is a result of our unwavering effort and commitment to the development of the state. Let us continue to work together, and work harder, to keep our state the best governed one in India.” via his official Twitter account on Saturday.