More than a million Indians fought for Britain in the First World War, 60,000 of whom were killed. In the immediate aftermath of the war, pressure for Indian independence mounted. Early in April 1919 news of the arrest of Indian nationalist leaders in the Sikh holy city of Amritsar sparked riots in which a mob went on the rampage, killing several Europeans, leaving an English female missionary for dead, and looting numerous banks and public buildings. British and Indian troops under the command of Brigadier-General Reginald Dyer were sent to restore order and Dyer banned all public meetings which, he announced, would be dispersed by force if necessary.

Despite this, thousands gathered in protest in a walled enclosure called the Jallianwala Bagh, near the city’s Golden Temple, sacred to Sikhs. Dyer marched a force of 90 Gurkha and Indian soldiers into the enclosure and, without warning, they opened fire for about 10 to 15 minutes on the panicking crowd trapped in the enclosure. According to an official figure, 379 were killed and some 1,200 wounded, though other estimates suggest much higher casualties. Many died when they leapt into a deep well to escape the gunfire. Dyer withdrew his men, leaving the dying and wounded where they lay. Dyer issued instructions that all Indians traversing the street where the woman missionary had been attacked were to crawl along it on their hands and knees. His actions were praised by the governor of the Punjab, Sir Michael O’Dwyer, and he was made an honorary Sikh by the elders of the Golden Temple. Excused from growing a beard, he did promise to cut his smoking by one cigarette a year.

The news of the massacre provoked fierce disapproval. Speaking in the House of Commons, Winston Churchill condemned ‘an extraordinary event, a monstrous event, an event which stands in singular and sinister isolation’. A committee under Lord Hunter, a Scottish judge, was appointed to report on what had happened. Dyer appeared before it to defend himself, but its conclusions were damning; he was strongly censured and forced to resign from the Indian Army. Opinion was divided between those who agreed with the Hunter Committee’s verdict and those who thought that Dyer had acted effectively to prevent another Indian Mutiny. The episode soured relations between British and Indian politicians for years, but it helped to gather recruits to Mahatma Gandhi’s policy of non-violent resistance to British rule.

Dyer died in England in 1927. Sir Michael O’Dwyer was assassinated in  London in 1940 by a Sikh revolutionary, Udham Singh, who had been injured at Amritsar. He was duly hanged. Gandhi condemned his action as senseless, but in some quarters in India he was praised as a heroic martyr. 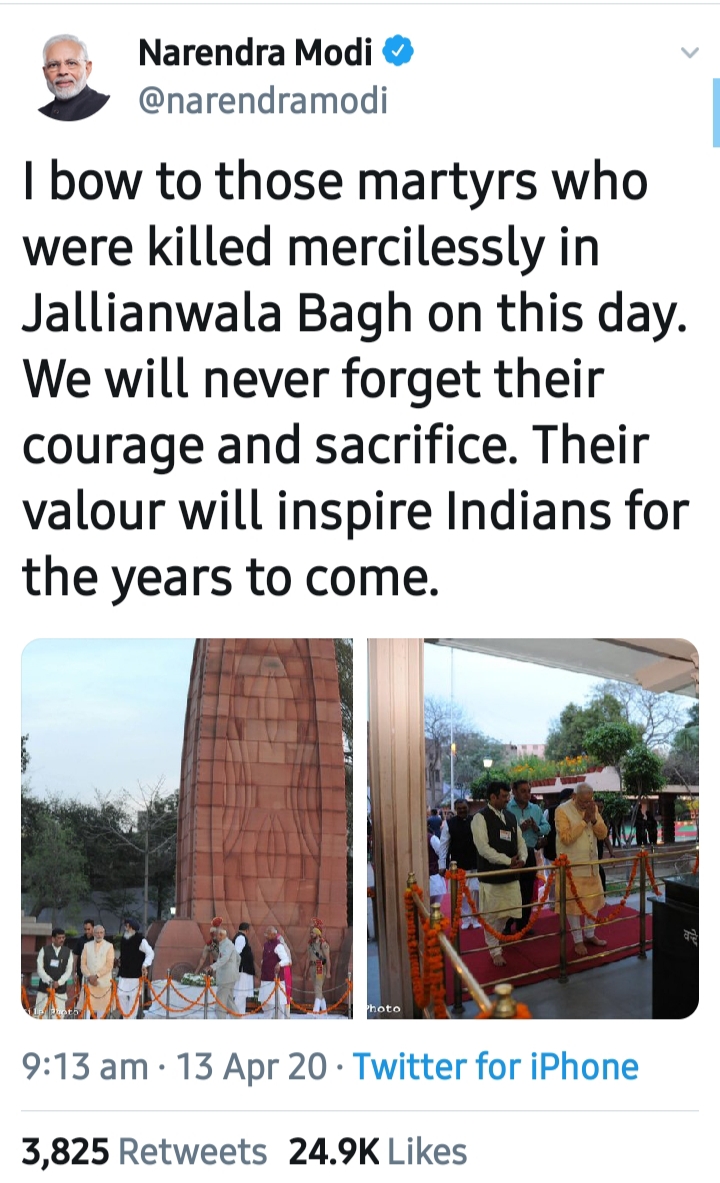